Yesterday in Istanbul, Turkey, during the afternoon of the last day of the 40th session, The World Heritage Committee added eight new sites to the UNESCO World Heritage List. Among the added sites is the Ahwar of Southern Iraq: Refuge of Biodiversity and the Relict Landscape of the Mesopotamian Cities in Iraq.

UNESCO’s World Heritage Convention describes the site as such: “The Ahwar is made up of seven sites: three archaeological sites and four wetland marsh areas in southern Iraq. The archaeological cities of Uruk and Ur and the Tell Eridu archaeological site form part of the remains of the Sumerian cities and settlements that developed in southern Mesopotamia between the 4th and the 3rd millennium BCE in the marshy delta of the Tigris and Euphrates rivers. The Ahwar of Southern Iraq – also known as the Iraqi Marshlands – are unique, as one of the world’s largest inland delta systems, in an extremely hot and arid environment.”

The marshes are located where the Tigris and Euphrates Rivers meet. Despite being home to the Madan, or Marsh Arabs, as well as host to many different types of flora and fauna, the marshes have been continuously depleted for various economic and political reasons. The population dropped from an estimated 500,000 in the 1950s to a mere 20,000 and the total area was greatly reduced. However, following the 2003 American invasion, many of the dams were destroyed and the United Nations Environment Program (UNEP) did much to help restore the marshes.

Reflecting on the new UNESCO inscription today, Peter Wien, President of TAARII, said, “The inclusion of the Iraqi Marshes on the list of UNESCO World Heritage Sites is a milestone, not least in terms of an acknowledgement of the importance of cultural heritage preservation for the country on its way towards a sustainable future. Iraq is extremely rich in heritage sites of world renown, of which only a handful have been recognized so far. TAARII hopes that social and political developments in Iraq and the broader region will allow that this is only the beginning in a long line of new admission that highlight Iraq’s central position on a world heritage map.” 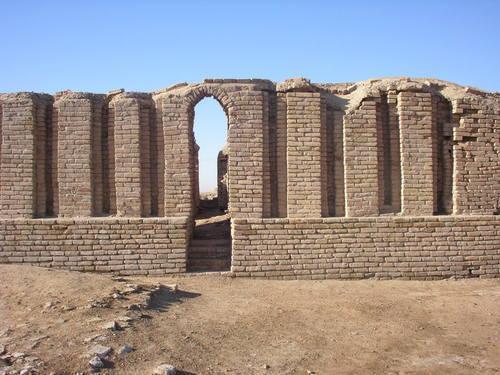 The Mesopotamian Site of Ur.

Clarence Moore, Political Science, University of Wisconsin-Madison, received a TAARII US Research Fellowship for 2015 for his project Tribal Alliance Behavior in Iraq.

Clarence Moore’s dissertation asks: under what conditions does violence against civilians reduce popular support for violent actors and their causes? In addition to asking how violence influences support for outcomes such as religious government and democracy, Moore ties political orientations to tribal alliance behavior in Iraq. He proposes that because tribal leaders resist control by outsiders and draw their authority from popular support, tribal alliance behavior is a process based on sectarian geography, coercive violence by insurgents, and civilians’ and tribal leaders’ reactions to that violence. Though academics and policy analysts agree that many Sunni Iraqi tribes had turned against militants by 2007, there is currently no explanation of why some tribes switched sides and others did not. To answer this question, Moore will complete fieldwork in Amman, Jordan. He will use semi-structured interviews and surveys conducted with Iraqi refugees to develop a typology of violence and sort regions of Iraq according to the type and scale of violence they experienced. This information will allow him to assess the relationship between location, violence, and alliance behavior.

My multi-sited ethnography on Iraqi academics in exile took me to Jordan this summer, where I had a golden opportunity to meet with a good number of academics, most of whom were forced to leave Iraq after 2003. In the nearly 8 weeks I spent in Amman, I was fortunate to interview, talk with, visit with, and closely observe Iraqi academics in their work place at different universities as well as at their homes and at different cafés and restaurants to enjoy some deep conversations about their rich experiences both inside Iraq and in exile.

Jordan is a beautiful country with a fantastic weather, especially in the evenings. A lot of things here reminded me of home in Iraq: the shops, the taste of peaches and apricots, the yogurt made from sheep’s milk, the vegetation, the wild cats in the streets, and the hustle and bustle of the old bazaar at the center of the city “Wast Al Balad.” Also reminiscent of home were the painful stories, the memories, and the wounds my interlocutors carry on their backs like a turtle who takes her shell with her everywhere she goes.

As I have come to learn, several waves of Iraqi refugees and immigrants have come to Jordan over the last couple of decades, each wave had some specific characteristics and motives for leaving Iraq. For example, the wave of Iraqis who came in the 1990s came mostly for political reasons, or for economic reasons to escape the harsh UN sanctions; whereas those who came after 2003, which include most of my interlocutors, came mostly to escape war, violence, debaathification, death threats, and sectarianism.

Besides talking to Iraqi academics, I met with Geraldine Chatelard who has been researching Iraq for many years and whose passion and insights about Iraq are quite useful. I also met some Jordanian professors who further enriched my understanding about their own experiences working at public and private Jordanian universities. Talking to these professors was helpful because it provided me with a multi-dimensional vision about the conditions of their Iraqi counterparts at the same universities.

Many important themes surfaced during my time in Jordan. One of the major issues that came up over and over again is that while academics here have more chances to find jobs, they are all under contracts. This means they can only stay in the country so long as their contracts are not expired. I find this quite interesting if we think of it in terms of biopolitics and those who are allowed to live and those who are left to die. I found that these lives under contracts with no citizenship or rights beyond these contracts totally redefine the meaning of home and exile. On the one hand, you are safe and make good money, but on the other hand, all of this can end at a blink of an eye. In this sense, feeling home under such conditions becomes akin to building a home amid an earthquake. In contrast to my last summer’s research in the UK, while the exiled Iraqi professors in the UK are able to attain a status of a British subject and have equal rights, they struggled immensely with finding jobs — even jobs outside of academia — in order to survive. I think these two cases provide rich materials for analysis in my work.

The transition from an Iraqi public, centralized higher education system to a corporate, for-profit private universities, were most interlocutors currently teach, is another important issue that emerged from the fieldwork. Other issues include the interlocutors’ memories about teaching under the former regime, their experiences following the US occupation of Iraq, the violence, and the death threats many of them received to leave their positions in Iraqi universities.

Last but not least, almost all interlocutors, at one time or another, had tears rolling down their faces as we talked about their definitions of “home” and “exile.” As time went by, I discovered that the way I had unintentionally worded one question particularly made many of them tear up. The question I asked everyone: what has exile given you and what has it taken away from you? Tears often came down as they started talking about the things exile had taken away from them. The current turmoil in Iraq has made things much harder for them. As in the words of one interlocutor: “It was hard enough to be exiled, but with the current turmoil, Iraq as we know it may well end. If this happens, then we are not only exiled; we are exiled from a place that won’t even exist anymore! Can you imagine the pain?” Thinking about these words, I am left wondering if at the end of the day, time in exile is simply like “Time” itself: it is a thief that takes away much more than it will ever give back. However, some interlocutors also expressed hope about their current lives and the future. Indeed, most of them agree that being in Jordan provides much solace, not only because of the many similarities in culture, values, and language, but also because Jordan’s geographical location allows them to, in the words of one professor, “keep an eye on Iraq and the people we love.”

Overall, my summer research was incredibly rich thanks to the support I received from TAARII that was kind enough to allow me to rent their centrally-located apartment, connected me with a number of Iraqi professors in Jordan, and provided me with all sorts of information needed to make my time in Jordan smooth and productive. I am especially grateful for TAARII’s Resident Director and Senior Scholar, Lucine Taminian, who was very kind, approachable and friendly. Lucine’s experience on the Middle East and her interest in my project were a great source of encouragement and I am fortunate for all the beautiful conversations we had that provided me with invaluable insights as I carry on this research.